The day Volvo came to slay

One of the world’s most recognised automotive brands, Volvo, a titan of half a century of automotive excellence, was suffering from a rift with its South African audience. Research showed that locally the Scandinavian stalwart was being seen as a boring, ‘old man’s brand’, and Volvo wanted that to change. Their brief to us was to contemporize their local image, particularly with regard to their appeal to young, affluent, black Africans. We were to use Volvo’s global summer campaign #HiddenGem as the overarching theme, and social media was to be our primary tool. 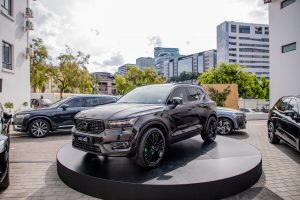 Volvo’s request to us was significant. The global giant could have turned to the smarts of any of the world’s biggest agencies, but instead they turned to our boutique outfit. Why? Because our focus is entirely different. Where a traditional agency is focused on creating content for clients’ existing platforms, ours is to create conversations off site. We get the conversation going by igniting discussion and steering it to where our clients need it most – on page.

And so we sprang in to action. Our first strategy was to link Volvo’s entry level SUV, the XC40, with the pulse of the market that they were looking to connect with. Rich Mnisi, ‘Mr 2 Million Everything’, is a global African fashion icon. We reached out to him with an exciting proposition: modify Volvo’s XC40 and along with that, he chose to create a music video style reveal. We targeted the heart of Johannesburg as the location of our event; an exclusive lunch at a sought-after #HiddenGem venue featuring SA’s celebrity set. And then we really set to work. By focusing primarily on live posting techniques, a social media storm was released over one day.

Our unique strategy brought the results.The campaign was the best performing social media campaign for Volvo Car South Africa of 2020! On Instagram alone, with zero advertising spend, impressions were up by 70%, reach by 44.66%, comments by 172.97% and likes by 558.45%. Plus, the average engagement rate per post climbed by 531.02%. In the traditional media space the story trended on TimesLive and it was incorporated into the main newsfeed on News24, which resulted in it trending on the motoring website Wheels24.

Needless to say, it was a roaring success. And perhaps most tellingly, Scandinavia’s austere auto giant now has a bespoke XC40 SUV double wrapped in black-on-black zebra-patterned stripe, with green leather door inlays, ala SA 🙂 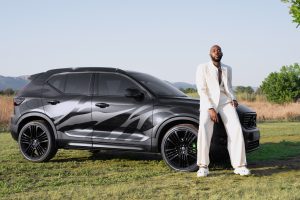